Critical Analysis: To fully understand all the implications of “Sonnet to the Pupils of the Hindu College”, you must study the background of the above mentioned college in some detail. The most important fact that you must know about Hindu College is that this is the place where the study of English literature first started. Before English literature was taught here, it was not considered a subject of serious study. It was considered a subject that aristocrats learned from private tutors at home in their leisure, and hence it did not form part of the university curriculum even in England. However, once the British arrived in India, they realized that India had a very large population and the only way in which such a large population would come to accept British rule was if all of them admired the British.  Suggested Reading: Sonnet to the Pupils of the Hindu College Complete Summary

Literature was a field where England had advanced admirably since the Renaissance of the 16th century, and hence, the study of literature was bound to impress. In order to rouse this kind of admiration, the British began to make Indians believe that their culture was backward, and that England was very far progressed in comparison. Hence the British could ‘civilize’ the Indians and help them progress in the same way. Hence, English literature came to be taught at Hindu College, and Derozio was a teacher of English literature there. Like the rest of the British, Derozio also believed that education in English literature was serving a great purpose for the Indian youth. This is exactly what he says in “Sonnet to the Pupils of the Hindu College”. He says that literary education will bring them fame and fortune, and make them more open-minded. It will also help them to grow and develop. Even though this was thought to be quite an empowering message in the 19th century, scholars have since then realized that the Britishers had a very narrow and one dimensional view of development, and that they worked hard to make Indians believe that it was the only mode of development that they should desire. 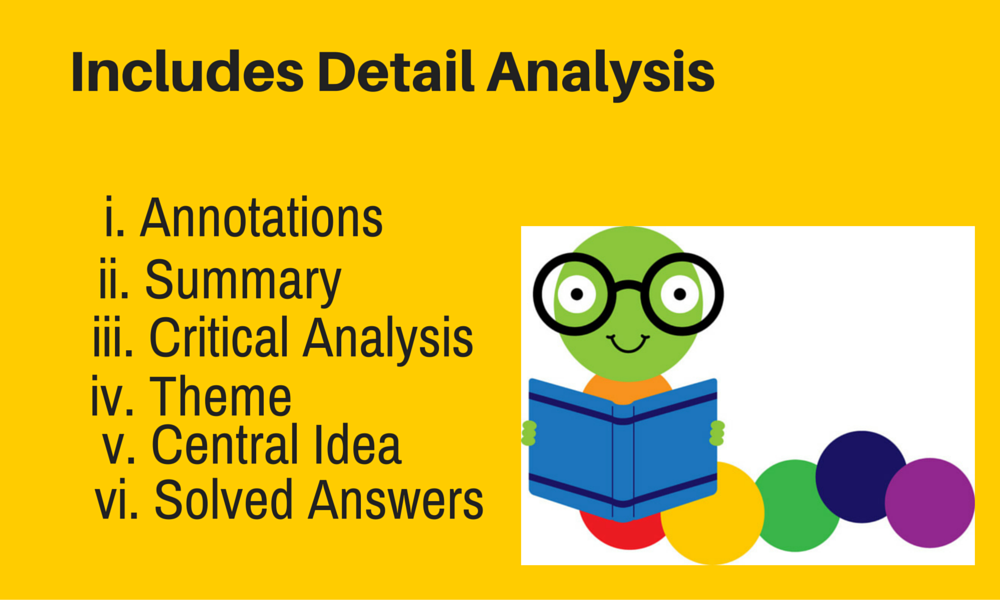 Poetic Devices in Sonnet to the Pupils of the Hindu College

Sonnets typically occur in two types of rhyme schemes – in the pattern ABBA ABBA CDE CDE, known as the Petrarchan sonnet, or in the pattern ABAB CDCD EFEF GG, known as the Shakespearian sonnet. In ‘Sonnet to the Pupils of the Hindu College’ neither of these patterns is followed in its entirety. The rhyme scheme of this poem is as follows: ABBA ABBA CCDDEE. Thus it is an atypical sonnet.

Also Read:  Analysis of The Crocodile and the Monkey by Vikram Seth

Apostrophe: This rhetorical device is used when a poet addresses his or her poem to an         absent audience. In this poem, the poet uses the device of apostrophe as he addresses all his words to the students that he had taught at Hindu College but we do not see any of them responding to him at any point in the poem.

Simile: This rhetorical device is used when an overt comparison is made between two different things. In this poem, the poet uses the device of simile in lines 1 and 2 when he compares the opening of his students’ minds with the opening of flower petals and also uses the word “like” while making this comparison. In exactly the same way, he also compares the intellect of his students with young birds that are spreading their wings in the sky in lines 3 – 6.

Metaphor: This rhetorical device is used when a covert comparison is made between two different things or ideas. In this poem, the poet uses the device of metaphor in lines 6 – 8 when he compares the various circumstances faced by his students with winds and their knowledge with summer showers. Similarly, in line 12, the poet compares the future with a mirror.

Central Idea of the Poem:

Education in English literature, of the kind offered by Derozio to his students at the Hindu College, would prove to be very beneficial for them. It would make them open-minded and help them explore their intellectual disposition to its full potential. It would bring them fame and fortune. That is why Derozio fells proud to have been associated with such a noble enterprise.

Also Read:  Summary and Analysis of Sonnet 15 by William Shakespeare: 2022

Themes of Sonnet to the Pupils of the Hindu College

Advocacy of the civilizing mission: Derozio clearly says that his students, the Indian youth, were closed minded before British education reached them. They had not explored their intellectual potential to the fullest. These are both euphemisms. What Derozio wants to say is that the Indian youth had been taught to believe blindly in superstitions. Their mothers and grandmothers had made them believe in the verity of folk tales and epics, and told them to accept such stories without asking any questions. However, British civilization (as well as other European civilizations) set more store by the faculty of reason since the Age of enlightenment in the 17th century, and they had reformed the beliefs of the Indian youth by teaching them to exercise reason in the same way. They had taught the Indian youth to question everything they had heard till then, and had thus made them more open-minded. By dispelling all their superstitions, British education had cleared the way for their progress. While Derozio’s words are relatively simple and uncomplicated, the real implication behind them is his agreement with and advocacy of the civilizing mission. Though it may not be clear at once, if we read between the lines of this poem, we will see that Derozio believes the British to be superior to the Indians, and also believes that they can better the lot of the Indians with their foreign education system. He cannot see that the spread of British education will obliterate all traditional Indian systems of knowledge (such as the obliteration of ‘ayurveda’ by allopathy).

Natural metaphors: Because Derozio considers the native population of India to be primitive, he uses only natural metaphors when he speaks of them. He compares his Indian students with flowers in the process of blooming and with birds that are spreading their wings as they learn to fly. It is such kinds of supposedly harmless metaphors that have led to the creation of the colonial binaries such as nature vs. culture, primitive vs. civilized, coloured vs. white and so on. Such binaries have helped colonizers such as the British justify their rule over so-called backward countries.

Also Read:  IF Summary and Analysis by Rudyard Kipling- Stanza 4

Tone of the Poem:

The tone of this poem is full of optimism and fulfilment. On the one hand, Derozio is very hopeful that the benefits of an education in English literature will bring his students fame and fortune by making them more open-minded and intelligent. On the other hand, he feels that he is lucky for having played a role in the transformation of the lives of so many Indian youth.

Derozio was one of the best loved Englishmen in India. “Sonnet to the Pupils of the Hindu College” shows us why. Though it is undeniable that he was an advocate of Britain’s civilizing mission, he does not hesitate to admit that the Indian youth have immense potential for development and progress. He genuinely cares about his students, and hopes they will have a bright future. Lastly, he feels it has been lucky for him to be associated with such fine young men in his lifetime. Thus, it is clear that Derozio did in fact love his students and certainly did not want them to be shackled forever. It is for these reasons that Derozio is still remembered and respected in India.