The Walrus and the Carpenter Analysis by Lewis Carroll

Context: ‘The Walrus and the Carpenter’ appears as part of Lewis Carroll’s book Through the Looking-glass, and What Alice Found There published in the year 1871. This book was written as a sequel to Carroll’s most famous work Alice’s Adventures in Wonderland. In Through the Looking-glass, the protagonist Alice is a little girl who journeys to the world that exits on the other side of the mirror in her room. Once in the looking-glass world, she meets a number of exciting characters who all tell her certain stories, including one who is very well known to children of all ages, that is, Humpty-Dumpty. However, two of the other characters that she meets are a pair of twins called Tweedledum and Tweedledee. It is Tweedledum and Tweedledee who tell Alice the story of the walrus and the carpenter. The fact that the story appears in the form of a poem is remarkable. Though Carroll was famous for his novels, he also wrote wonderful poetry. Since both Tweedledum and Tweedledee tell Alice this story together, they are both the narrators of the poem ‘The Walrus and the Carpenter’. 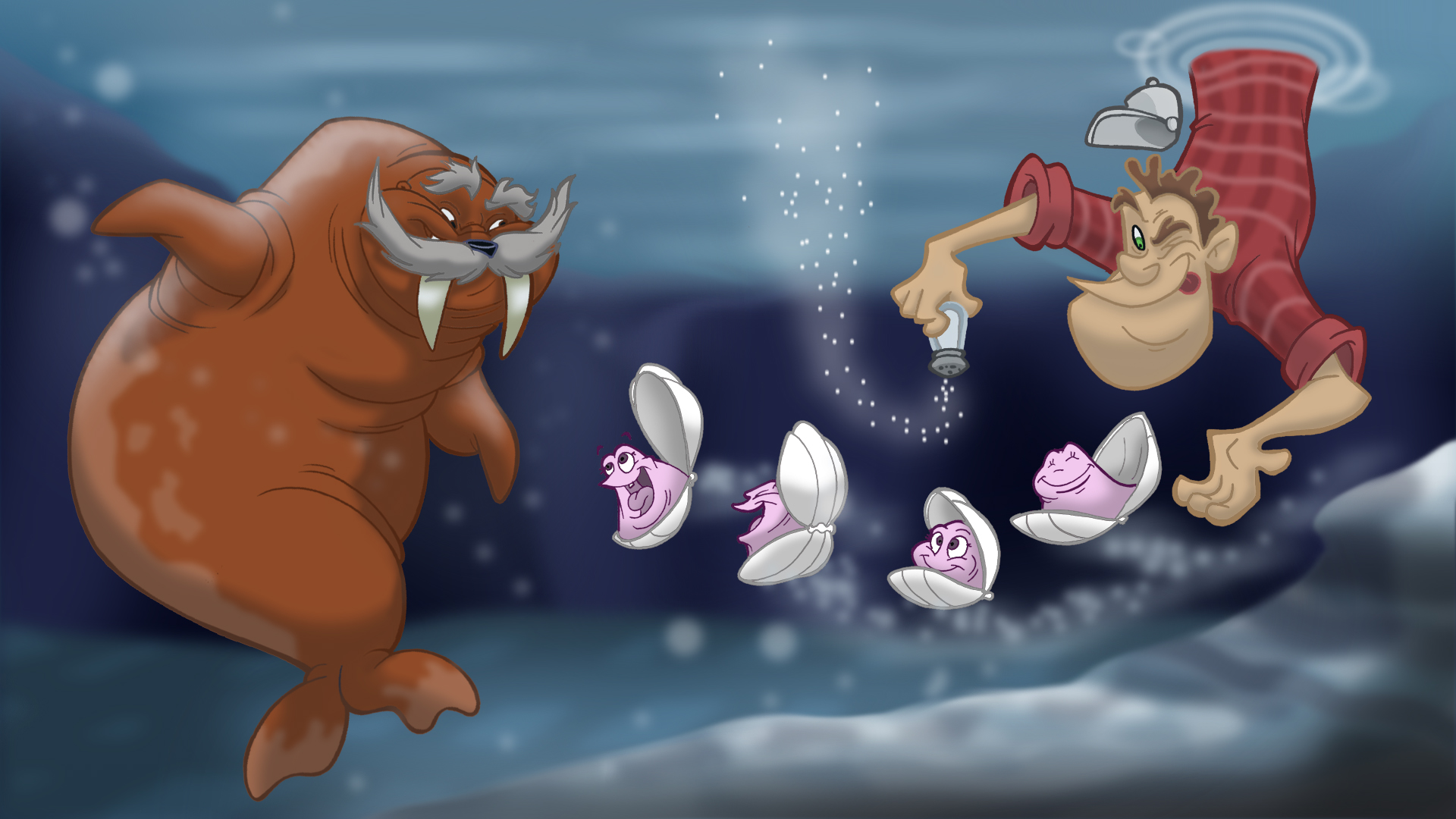 Rhyme Scheme and Rhetorical Devices: This part of the poem analysis focuses on the rather simple rhyme scheme followed by Carroll in each of the eighteen stanzas of ‘The Walrus and the Carpenter’ – ABCBDB. The fact that he followed such a sing-song rhyme scheme further attests to the fact that his writings were meant for the enjoyment of children.


Also Read:  Summary and Analysis of The Charge of the Light Brigade by Tennyson

This poem explanation would be incomplete without mentioning Carroll’s use of the rhetorical device of personification. Personification is used to endow something with human qualities. It is further signified by capitalisation. In ‘The Walrus and the Carpenter’, the walrus, the sun, the moon, and the oysters are all personified, It is because of this that we see all these characters being able to talk. In addition to this, the oysters are in fact described as gentlemen, with their coats brushed, their shoes polished, and their hair combed neatly.

Nonsense Poetry: This part of the poem explanation focuses on how ‘The Walrus and the Carpenter’ can aptly be called a nonsense poem. Carroll is often referred to as the pioneer of nonsense poetry. The genre in fact originated with the poems Carroll composed as part of both Alice’s Adventures in Wonderland and Through the Looking-glass and What Alice Found There. In nonsense poetry, the situations that are described are absurd and impossible, yet their contemplation is what accounts for the pleasure of readers in reading that poem. For example, in ‘The Walrus and the Carpenter’, Carroll describes the setting of the poem as midnight.

Yet, at this time, both the sun and the moon are visible in the sky. Though the sun and the moon may appear together in rare occasions, this could only happen at dawn or at dusk. Though both Carroll and his readers (no matter how young) are aware of this, Carroll constructs the scene in this particular way to evoke a sense of hilarity. Similarly, Carroll describes the oysters as wearing well polished shoes, only to state what is already obvious to us in the next line – that oysters have no feet.

Also Read:  Analysis of A Psalm of Life by H.W Longfellow

We cannot rationally reconcile these two statements, but then that is exactly the response nonsense poetry aims at eliciting. It aims to tell us that the world is a strange place, and only using logic will not get us very far in understanding its every aspect. This was a rather subversive point of view to hold in the Victorian era (when Carroll was writing), when the spread of science and rationalism had engendered the belief that man could explain everything about the world that he inhabited.