Percy Bysshe Shelley was one of the foremost literary figures of the Romantic Movement of 19th century that started a new trend in English poetry. Shelley was an unrivalled lyricist and a superb craftsman who is still read and appreciated by readers worldwide. Prometheus Unbound, Queen Mab, Ode to West Wind, Ode to Skylark, Cloud, and Adonais are some of his famous poems and A Declaration of Rights, A philosophical View of Reform and Defence of Poetry are some important prose pieces.

Shelley was a poet who would get deeply influenced by nature and hence it always found a ready place in his poems. In his poem, “The Moon”, Shelley treats the silver sphere of the night sky as the object of his poetry. Owing to his sharpened sensitivity and heightened imagination, Shelley has added a level of certain strangeness to the beauty of the moon. A strong current of melancholia and supernaturalism is discernible throughout the poem which makes it a prototypical romantic lyric. Similar other traits of Romantic poetry such as subjectivity, symbolism and imagery are also present in the poem which makes it an appealing read.

Explanation of the first stanza:

The moon by P.B Shelley makes the readers look at the moon with the eyes of a poet. This detailed summary of The Moon will help the readers realize how special significance and a deeper meaning can be awarded to simple objects of nature if only we let our imaginations soar high. The moon in the first stanza of the poem is a shriveled and pale one that has been compared by the poet to a senile, sickly and dying woman.  All colors of youth and life are washed off the face of this dying woman, making her look pale and she is lean owing to some chronic disease that she might have been suffering from. This comparison is an indication towards condition of the moon when it approaches the end of the lunar cycle when it is short of brightness and luminosity. The cloud is shrouded by a thin film of clouds which the poet has very meticulously compared to the “gauzy veil” that guards the face of the woman. Just like the dying lady walks feebly out of her bedroom, the moon climbs up in the dark eastern sky which is referred to as murky as the sun has set in it, taking with it all the brightness and feelings of hope and leaving behind gloom and darkness.  The unsteady movements of the moon in the night sky have been compared to the random wanderings of the dying lady that are induced by her weak brain. Old age has made her lose her power to remember and has attacked her insanity because of which she wanders around in a confused distracted manner. The dying lady in her gaudy clothes looks shapeless and her disease stricken face is devoid of color and hence as pale. Hence both the moon and the old lady are white shapeless masses. 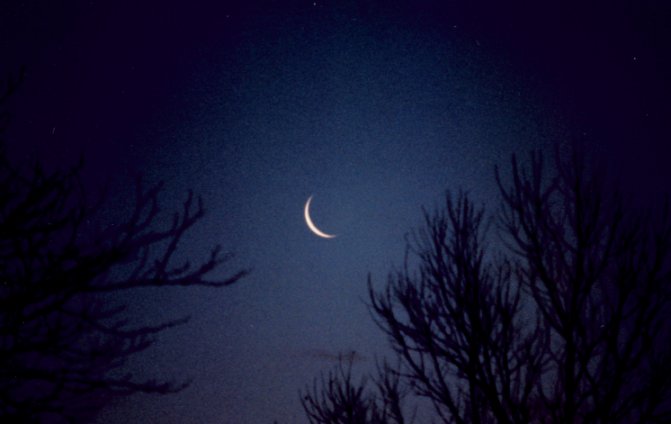 Explanation of the Second stanza:

The explanation of “The Moon” by Shelly takes a different turn when we move to the second stanza of the poem. The shriveled pale moon no longer reminds the poet of a dying disease stricken lady. The poet now draws a new line of comparison with a maiden who is in search of a partner to spend her life with. The poet begins the stanza with “Art Thou” which is a direct address to the moon. This direct address makes it clear that the poet is referring to an idealized description of the moon in the tradition of medieval love poetry. The symbol of the moon- the maiden, looks really pale as she is tired from her search of a perfect beau for herself just like the moon that loses its silvery brightness towards the end of the cycle as it is exhausted after scouring all extra-terrestrial abodes for her love. The sight of the moon in the night sky gives the poet the fantastic impression that it is staring fixedly at earth in hopes of finding a companion just like the lonely maiden it is being compared to. The moon wanders all around the Earth in this search with no one for company. The moon does not have any friend to help her with this quest as the moon is a foreigner among all the stars and planets around it. The moon belongs to the solar system which is ruled by the sun which is a star. The sun along with many other starts forms a family that does not include the moon. Hence the poet says that the moon has a “different birth”. Unlike all the other planets, Earth just has one satellite which renders the moon companionless and in dire need of love and friendship because love is a companionship is a basic necessity of life and nobody like to be lonely. The poet thinks that the reason why the moon changes its shape all throughout the lunar cycle is because she is constantly looking in different directions in her search of a person who will be true to her and whom she can love for ever and spend her life with. The moon conducts this search with a joyless eye. The eyes of the moon are devoid of any hint of joy because she has had to suffer disappointment and dejection from all corners in her search of love and completion. The moon wants a companion for life that can make her want to settle down but her quests yield no fruit because according to the poet, in this modern day world where everyone cares about materialism and not about love or friendship; there is hardly anyone who deserves the constancy of someone as seraphic and precious as the moon.

Also Read:  Analysis of To a Skylark by Percy Bysshe Shelley